Only His Touch, Part One: Book #4, The Untouched Series

Title:  Only His Touch, Part One
Series: The Untouched Series #4
Author:  Lilly Wilde 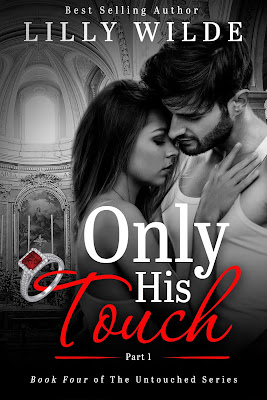 The pain of deceit was fresh, but love and desire overruled everything else. Now, Aria and Aiden face their greatest challenge yet.

Aria Cason’s life took an unexpected turn when she reconnected with Aiden Raine, the man who awakened a pure and undeniable love she’d thought was lost forever. Aria’s love for him burns deep, yet he still pushes for more—the total surrender of her heart. When a painful memory becomes her guiding light, she questions if a happily ever after really exists for a girl who never wanted one. After stepping away from his birthright, Aiden’s need to protect his new family becomes his top priority.

Fragile bonds are soon stretched to the breaking point as his need for vengeance threatens to destroy the very thing he’s come to value most. When his unyielding determination starts to push Aria away, he presents her with a challenge that will test them both.

Will the searing passion that reunited this couple keep them together, or will it burn them to ash?

Ties will be broken. Lies will become the truth. Aria and Aiden’s heart-wrenching story continues in the fourth book of The Untouched Series.

“5 Sweet and Passionate Stars!
From the start, this series has been great and in true Lilly fashion, she nailed this one as well. The writing flowed and story line kept you wanting more. I love Aiden! I could not get enough of this man.
I loved the special moments this couple shared in the story. It was sweet and passionate. I loved that they struggled with their trust. They were like a real couple. I can't wait for the last book!”
-A Book Lover's Emporium [Book Blog]

“Another impossible to put down book by Lilly Wilde!
I loved this next installment of the Untouched series! I loved how we got to understand both Aria and Aiden's feelings of their time apart. I am hooked on this series!”
-Sharing My Book Boyfriends [Book Blog]

“Lilly Wilde does it again!
Only His Touch is a phenomenally written story which had my emotions in overdrive. I cried, I laughed and I yelled. Aiden and Aria's story continues. I love watching them grow as parents and partner but also continue to struggle with insecurities, trust and their past. My heart breaks as they share their innermost thoughts, their love is so undeniable but will it be enough. I just wanted to smack them both at times. I enjoyed seeing more of the Raine clan, how the siblings interact with each other and their bond. I also enjoyed seeing more of their father Connor Raine, a man determined to keep Aiden in his fold at any cost. I so wanted to cuff him up side his head and tell him to leave them them alone! I was so engrossed Only His Touch that I lost track of time and was left wanting more!”
[Amazon Reviewer] 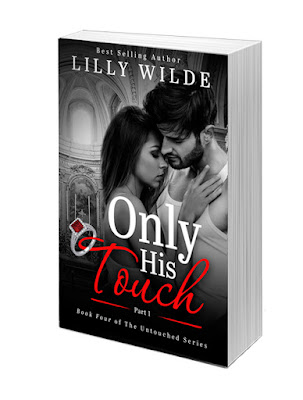 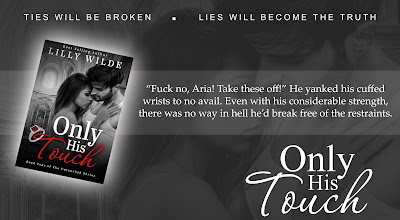 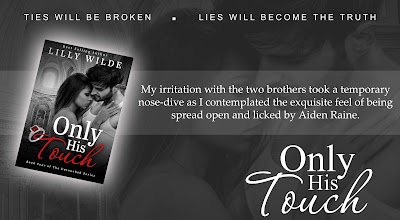 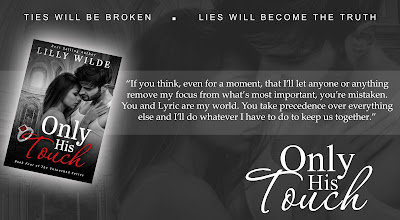 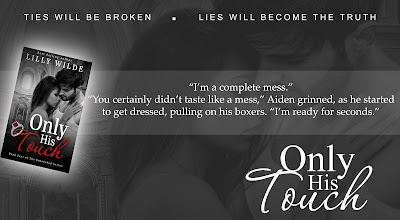 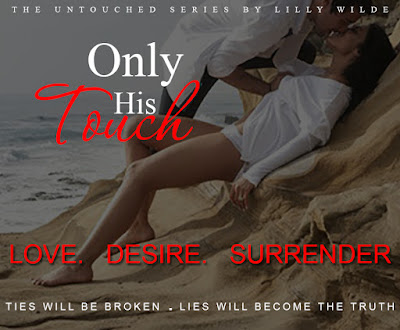 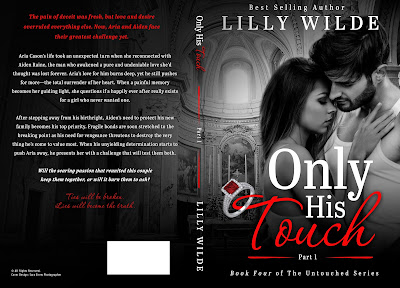 Other Books In The Series
Untouched, Book #1 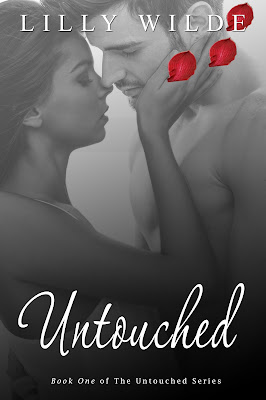 Untouched is an enthralling story of Aria Cason who has turned her back on love in favor of her career.

Aria's past gives her reason to redirect her life and strictly focus on success; allowing little to no room for anything more.

Every part of Aria's life is structured and organized, including love and sex, which are always strategically planned until Aiden Wyatt. Aiden surfaces at Raine Publishing House as an intern who, from the initial meeting, causes several side-steps for Aria. Aiden's extraordinary good looks and commanding demeanor change Aria’s structured world, unlocking feelings that she has vowed to never embrace as he introduces her to a world of intimacy she's never before experienced.

Aiden's presence ultimately forces her to face past demons and fight to keep the current ones at bay as she realizes that running is never the answer. 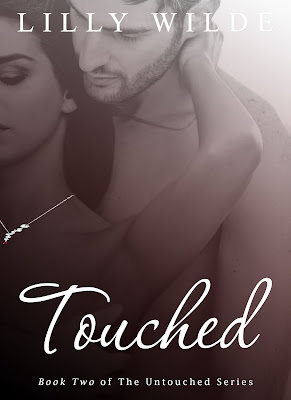 Touched, the sequel to the debut novel Untouched, continues with the emotionally provocative journey of Aria Cason and Aiden Wyatt.

Aria had meticulously constructed her world - both in the boardroom and in the bedroom. Her life was exactly as she wanted it and everything made sense…before Aiden. After Aiden, was an entirely different story. Aiden’s disarming and unrelenting allure eventually stripped Aria of her protective shield allowing Aiden emotional and sexual access that she’d considered forbidden to any man.

Aiden forced emotions to the surface that Aria had rebuked since childhood, touching a part of her that she found disturbingly unfamiliar. She now finds herself in a unique position as she shuffles to regain her balance and reassemble the pieces that Aiden left in his wake. But how will she suppress what Aiden somehow managed to awaken?

Is Aria strong enough to fight her instincts and remain in Aiden's world? Will her initial reservations resurface, confirming her convictions that love can only result in tragedy? Or will Aiden ultimately convince Aria that love isn't the disaster she always thought? Regardless of the option Aria chooses, Aiden’s past and other secrets will unfold, forcing Aria down a path she never saw coming. 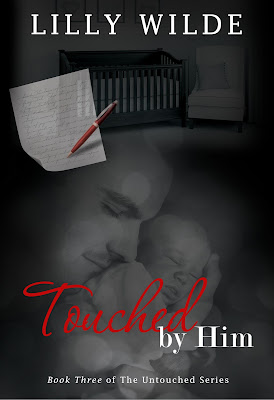 How do you protect the one you love from the one who loves you? Touched By Him adds yet another gripping chapter to Aria and Aiden’s tumultuous love story.

Aria Cason’s new life in Belize comes to an abrupt halt when a betrayal forces her to abandon her carefully laid plans. To protect a love she thought she’d never have, Aria makes an impossible decision that places her at the mercy of the man she loves, but desperately wants to hate.

Aiden Raine is determined to bury his love for Aria, but when an unexpected truth is revealed, his world once again collides with hers. As a means to an end, Aiden reluctantly enters a tenuous relationship with the one woman whose betrayal he may never forgive.
Bound by a love they never predicted - Aria and Aiden struggle to coexist in a world that seems too small. They are pulled apart by their need for control yet tormented by a passion they cannot escape.

Betrayal, animosity, love, lust and lies all collide in the third book of The Untouched Series.