Note: This is the final book of The Untouched Series and is not intended to be read as a standalone. 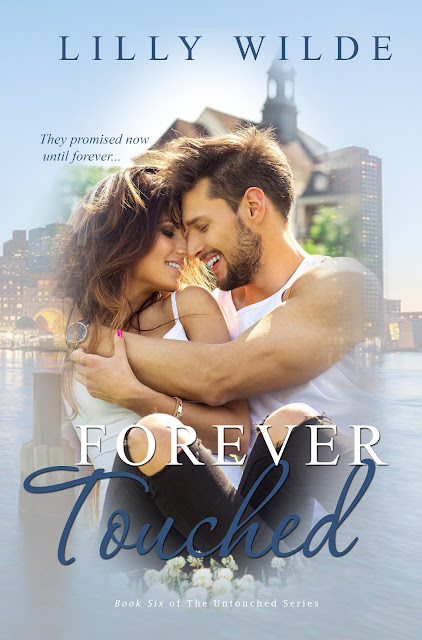 Aiden Wyatt Raine.
Giving in to him. Loving him. Marrying him.

Aria’s reality bears no resemblance to her lifelong plan of remaining single and
detached. As a matter of fact, her world is a direct contrast to what she thought she wanted—she’s the mother of an adorable baby boy and the wife of billionaire business mogul, Aiden Raine. Having buried scars of her past, Aria’s living the happily ever after she once believed to only exist within the pages of a fairy tale. Aria’s life appears to be perfect, yet a part of her feels it’s all a dream and fears what’s waiting for her when she awakens.

Aria Cason Raine.
Finding her. Rescuing her. Marrying her.

Aiden’s privileged life is not without challenges, most of which he faces and overcomes without batting an eye, but his greatest challenge to date, is Aria Cason. From the initial glance, he knew she was the one he’d claim as his own. He’s captivated by a wife he can’t get enough of and a son who centers his universe. He finally has it all—a family he holds closer to his heart than anything else. And as Aiden prepares to reveal the details of an unsettled vendetta, he holds on even tighter.

Aria and Aiden were starting a story that would lead them to forever, but their world starts to unravel when Aiden pulls the trigger on a plot that’s been brewing for months, a blow that not only rocks his new marriage, but also rips through the entire Raine family. What happens when the family whose polished veneer finally started to ring true, spirals into even more disarray?

Determined to keep their promises, Aiden and Aria fight to recover from Aiden’s bout with revenge, but their resilience is short-lived when the past and present collide, resulting in a tragedy that threatens to permanently alter the dynamic of their relationship.

Aria and Aiden knew they would face adversity, but neither of them expected the heartache and loss that could leave their marriage dangling in the balance.

What started as uncontrollable lust became the story of two lives, two hearts and one soul, but can the couple who’ve so intricately entwined their hearts, uphold their vows of now until forever?

Forever Touched brings a heart wrenchingly poignant conclusion
to the passionate love story that is The Untouched Series. 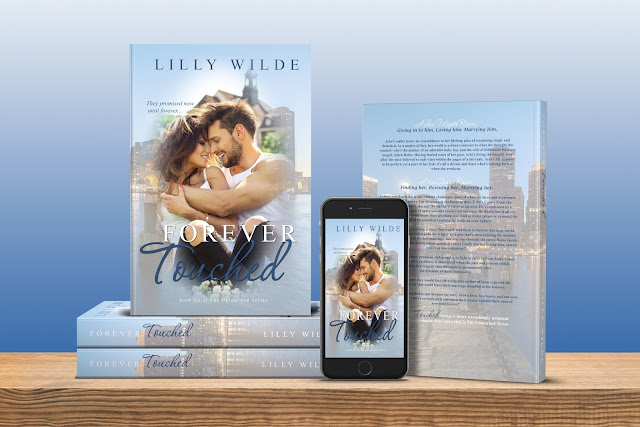 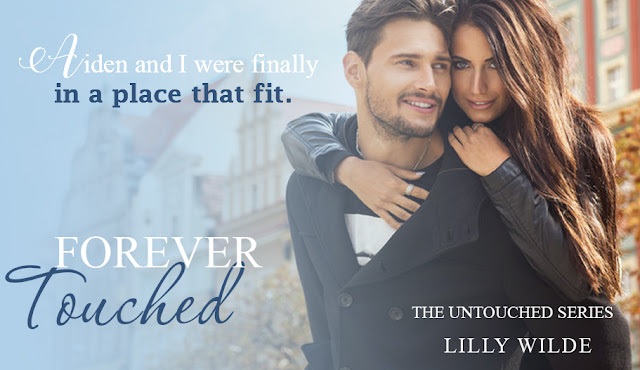 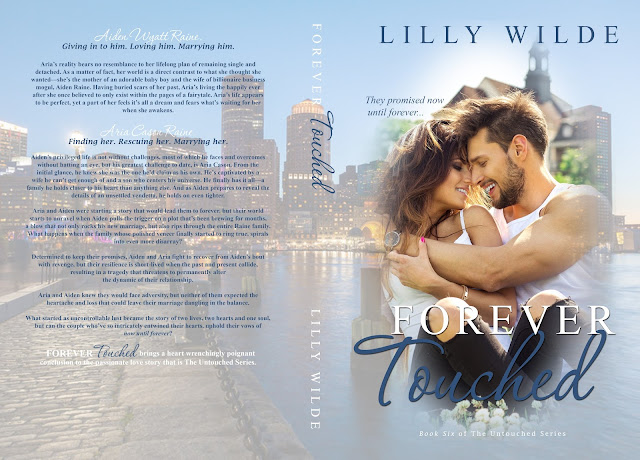